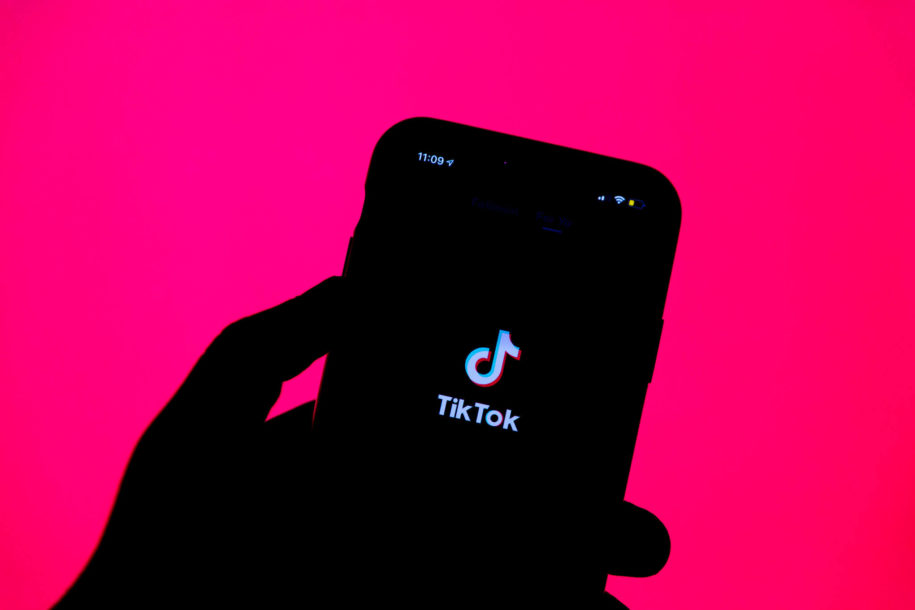 TikTok is the most downloaded app for 2020. As the pandemic started, more and more people tried to find their entertainment at home, so the downloads for this platform started skyrocketing in March 2020. Although most people consider it a place to find funny, witty, short videos, they forget about TikTok’s power to bring income and help businesses get noticed.

The app’s primary audience is Gen Z, so it’s expected that its most popular creators belong to that age group as well. These are young stars with millions of audiences, earning more than any of us could ever imagine. If you want to learn who makes the most money on TikTok, what they do, and how to start earning, keep reading.

Is It Possible To Make Money On TikTok?

Is there a way to monetize your TikTok? Yes, this social media platform is a great earning opportunity, especially for users with a high follower count and high engagement rates. There are many ways you can make money, including sponsorships, selling products, services, merchandise, etc. Sharing goofy videos with many followers is not meant just for fun; instead, most do it to build an audience, become influencers, and start making an income.

Viral video creators get to cash in millions of dollars each year, and there are still spots for new, fresh faces on the app. Imagine earning six figures by dancing on screen and having fun! The truth is, it’s not as easy, and if you want to go viral, you have to do the work and build a trusting community. So before we get to the TikTok earning tips, we wanted to share how the top 12 TikTok stars made their way to stardom.

Who makes the most money on TikTok? How much do they make per year? If you’re still not convinced that TikTok is an excellent platform for earning, we’re here to hit you with the numbers we got from the latest Forbes report. Below we listed the 12 top-earners for last year together with their income.

The queen of TikTok Addison Rae might be only 20, but she’s the highest-earning TikTok star in the world. The gorgeous girl, known for her fun, engaging dance videos, made over $5 million last year. Addison has now expanded her career to so many different industries and even started her own makeup line called Item Beauty. The Louisiana native also scored huge contracts with brands such as American Eagle, Uptown, FashionNova, etc. Easterling started her music career this year, debuting her first song, Obsessed.

Charli D’Amelio is a teenage TikTok sensation with over 121 million TikTok followers. D’Amelio first became active on this platform in June 2019, and by the end of the summer, she was a showstopper and one of the fastest-growing users. And all of that happened because of her short, snappy, dancing videos that people love to this day. Last year, Charli reportedly earned around $4 million.

Dixie is the older sister in the D’Amelio family and is the third highest-grossing TikTok star globally. She might be only 19 but managed to make almost $3 million in a single year. This D’Amelio sister also debuted her first single and music video, reaching the top spot on several Billboard charts. Dixie and Charli are inseparable and often dance together in their fun, short videos.

Loren Gray is a pro at filming lip-syncing and dancing videos on TikTok. The blonde bombshell earned around $2.6 million last year, although she’s only 19. This beauty is present on TikTok from the very beginning. Still, unfortunately, she had to go through several bad choices for talent managers before realizing that she’s the best person to manage her career. Since then, Gray has scored sponsorships with mega-companies such as Burger King, Skechers, Revlon. Loren started her music career in 2018 and has numerous successful hits on her resume.

Josh Richards is another young star that excels in recording dancing and lip-syncing videos. This Canadian creator is also a great singer, so you can expect to see much more from him in the future. Although Josh has done a lot of work on TikTok, including sponsored content, creating and selling his merch, he’s also expanded his career in several other diverse fields.

The TikTok sensation founded his own talent management house named TalentX, an energy drink company called Ani Energy, and became a Chief Strategy Officer at Triller. Ever since his beginnings on this platform, Josh has grown a lot. Recently, he announced that he’d be leaving Sway House, a collective he co-founded because it negatively impacted his life and reputation. Sway House was unfortunately associated with several scandals and continuous partying. Josh cashed in around $1.5 million last year.

Michael Le is on a streak to become one of the biggest social media influencers. The popular TikTok personality is confident in his abilities and, in a recent interview, even shared that he’s aiming to become the top influencer on this platform. His CV is filled with multiple successes in the world of social media, but one of his significant accomplishments is having two viral videos that are among the most shared on TikTok. In addition, Michael has expanded his kingdom into various other ventures, and one of his most successful partnerships is the lucrative deal with Bang energy drinks. Just like John Richards, Le founded a TikTok collective named Shluv House, which according to him, is a spot where he can practice self-love and get his creative juices flowing. His estimated earnings for 2020 are around $1.2 million.

With an income of $1.2 million, Spencer X takes the next spot on the list. This influencer was born to be a performer. Even as a little kid, his dream was to become the world’s best beatboxer, so he put in all his free time into practicing and upgrading his skills. Today, Spencer has over 54 million TikTok followers and is on a great path to fulfilling all his dreams. Since his beginning on the platform, the influencer has scored lucrative deals with huge companies such as Oreo and Sony.

Zach King’s career is a little different compared to the careers of all the youngsters we mentioned above. He’s 31, and he’s been an internet sensation since 2008. Zach first started publishing vines, and thanks to his crazy edits, he became a hot topic in the industry. Once TikTok became a trend, King continued uploading his fantastic work to the platform, earning around $40,000 per post.

Riyaz is a multi-talented influencer, best known for his witty duets with his community, fierce fashion style, and promising acting career. Afreen has been on TikTok since 2017, but he’s also pretty active on Instagram. Although Instagram didn’t launch him to stardom, TikTok served him as a great platform to show off his talents and raise over 44 million followers on the platform. Can you believe that Afreen is only 17?

Ariel is one of the OG TikTok influencers. The 20-year-old social media personality started posting videos on Musical.ly, the app that is today known as TikTok. Today, she’s also focusing on her acting and singing careers and is a loud activist against internet trolls. Ariel Rebecca Martin has over 35 million followers on TikTok, and you can expect to see much more from her.

The Aruban model is one of the most-followed people on TikTok and a mega earner. According to reviews, Croes charges around $26,000 per single post. His career on the platform started with funny, lip-syncing videos, and now he grew to be one of the top favorite personalities. TikTok is not the only revenue source for Gil. The influencer is also active on YouTube and Facebook.

The Indian fashion guru Arishfa Khan currently has over 28 million followers on the TikTok app. Her power on this platform is undeniable, considering the fact that brands are willing to pay her around $24,000 per post. Khan’s popularity started with her engaging videos in which she dances, dresses up, and lip-syncs.

Effective Tips On How To Earn From TikTok

If you’re wondering how to make money on TikTok, below you’ll find effective tips that can help you figure out a way to monetize your account.

If you read the previous section on the highest-paid TikTok stars, you already know that being a TikTok influencer can be a very lucrative profession. Influencers have been around way before this platform, now they’re slowly taking over TikTok, earning top dollar.

Becoming an influencer is one of the best ways to make money, especially if you significantly grow your account and get sponsorship deals. You can easily tell from the 12 examples above that earning money through this platform is possible, but one of the best ways to do it is to establish yourself as an influential person. The more you can convince people to use and buy products you recommend, the more you can make. Your relationship with the audience should be based on trust, and you should never collaborate with brands you don’t like and wouldn’t use yourself.

Creating merchandise for your brand, then promoting it on TikTok can be a great way to earn money. Although people think that only top influencers can sell merch, that’s not the case. If you have a faithful audience and great engagement rates, you can create your own merchandise line, promote it, and start selling it. Micro-influencers are getting more attention because everyone wants to support small businesses that have worked hard on their products.

Promote Your Brand And Services

All business owners can use TikTok to promote their products and services for free. So if you’re a creative person who also loves learning new things, this is the perfect time to get into filming short videos and presenting what you have to offer. It can be any kind of business; all you need to do is find great, innovative ideas for the videos. This will help you get TikTok followers, more views, draw more attention to your brand, and boost sales.

Brands also often team up with influencers, do campaigns together, and sponsored posts. If you’re not sure how to find a TikTok influencer that best fits your brand, you should search for someone in your niche with great engagement rates.

If you manage to build a decent following, you can reach out to brands and suggest that you collaborate on sponsored posts. In some cases, brands that love your work will also slide in your DMs or send you an email that they want to pay you for a sponsored post or send you products in return. So, while you’re still small, get in touch with brands that are also small, looking to expand and promote their services and products to an audience similar to yours. People with a few thousand TikTok followers can score great deals, and it can be an excellent starting point for your new TikTok career.

Now that you know who earns the most on this app, you also know that making money on TikTok is an option. Although fame doesn’t come as easily, you can start trying out some of the tips we listed to earn income from the platform. Whether you’ll try becoming an influencer, start selling your products, merchandise, or work on sponsored ads, you should remember to work hard and create quality content.

Top-earners such as Addison Rae, Chari, Dixie, and Loren aren’t just teens that film themselves all day long and share videos on their profiles. These young women and men worked hard to become influencers, managed to get sponsorships with huge brands, and expanded their influence beyond TikTok.