Most Popular and Viewed TikTok Videos in 2022 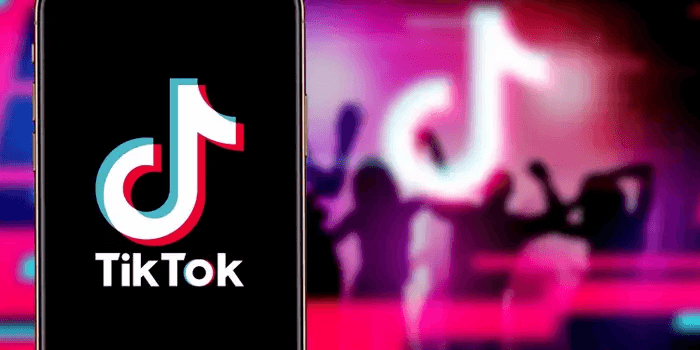 TikTok is a crazy world. One day you are a commoner sharing random videos on the internet, and another day you become the star of the eve and have millions of followers on your account. TikTok has always remained famous for highlighting different accounts and producing excellent content.

If you think that most viewed videos or famous accounts belong to that of a celebrity or favorite movie star, then you’re mistaken. The most famous person on TikTok right now is Khaby Lame, who got famous for his reactions to other people’s videos. (Now that’s the idea of a century).

If you are looking for inspiration to become the next Khaby Lame or Bella Poarch of the TikTok world, you will have to work a little wiser and unleash your creativity to come out different. Don’t forget some TikTokers even have teams to make those few-second videos as flawless as possible.

So, wish to know what is the most shared video on TikTok 2022, then you are in true heaven. Because in this article, we have listed the ten most viewed TikTok videos of 2022. Explore these trending videos and see why they are on our top list.

TikTok algorithms are updating and evolving every day. So, there’s a big chance someone else might get viral tomorrow with millions of views.

As of today, here are the ten most viewed TikTok videos of 2022.

Zach King’s 18 seconds video, in which he is riding on a flying broomstick, left everyone in awe that the footage has reached over 2.2 billion views since it was posted in 2019. However, later, he reveals that he is simply skating on a board with a mirror in his hand to create an illusion of flying.

Some believe that this video contains CGI effects or exceptional editing skills. But Zach’s trick worked quite well to impress his audience on TikTok. Zach has an astounding 56 million followers, and this video is the most viewed video on TikTok.

Despite being famous for his makeup videos, dance skills, and singing collabs, James’ top trending video is of his Sisters Christmas Party. The video went viral for its smooth transition and the breathtaking Christmas decorations he reveals in the end.

He has 24 million subscribers on YouTube and 3.5 billion total views. Although his Christmas video is years old, its views keep increasing.

Zach King is called king for all the right reasons. Ruling on number three, the video also features Zach as the illusionist who discovers his friends in unusual places, and he hides in such a way that you will be forced to question your sanity.

Some of the scenes from the video were confusing, especially when Zach walks smoothly into the mirror. I mean, we have only seen that in movies. So, watching it on a random TikTok video was a huge deal.

All thanks to the impressive execution of the world’s weirdest hide n seek in history, Zach’s video has garnered more than 1.1 billion views and 9 million likes. This number of views and likes proves that hard work always pays off significantly.

It looks like the audience is madly in love with the magical illusions Zach has to offer. We are not complaining or blaming the audience for this mad love on Zach’s videos. After all, his videos are worthy of praise.

If you don’t know what we are talking about, check out Zach’s glass illusion video titled “Do you see the glass as half full or half empty?” The video starts with Zach pouring some water into the glass, but unexpectedly, the glass turns into a cake similar to that.

But how did the glass hold the water if it was a cake? Was the video cut and edited? If it was, this proves that Zach is the master of video production and editing.

The video has exceeded 900 million views and 13.2M likes, but we believe it deserves even more likes—just our opinion.

We have a video by Philippines TikToker Bella Poarch enjoying the famous Millie B track for the fifth most viewed video. Interestingly, the video has received great appreciation from the audience in the form of 56.3 million likes. In the video, Bella is lip-syncing the lyrics and moving her head to the song’s beat.

Bella Poarch came to this great limelight after her ‘M to the B’ video was uploaded on 18 October 2020. Her style in the video seems so enticing and unique that people were quite fast to remake the video on the catchy rhythm.

Since it was posted, the video has received 690.6 million views and has the highest number of likes on TikTok with 88 million followers. Thanks to her, this trend was all over TikTok, and even the official track received 18 million online views.

We need to rename the topic to Zach’s top-viewed videos. In this video, Zach is seen painting the walls, but the twist occurs when the passageway becomes a wall, and you can’t tell which one is a wall and which one is a passageway.

It took us a few watches to grab what was going on in the video, but to be honest, we are still not sure what was real and what was an illusion in the video. However, these incredible illusions and professional edits have gained Zach over 660 million views and 11.2 million likes. If you have not watched this video, you are missing out on the great content on the internet.

The top 7 most viewed video on TikTok is that of Sorrel Horse dancing and lip-syncing on the song ‘Say it Right’ by Nelly Furtado. Despite the simplicity of the video, the video gained millions of views online, with 48.4 million likes.

Jamie’s TikTok has also been reproduced by massive TikTok stars and celebrities, adding to its stardom.

Extended Reading: How to become a TikTok influencer

A cute laughing baby is the best therapy one could ever get. We got the cutest therapy when Dae Warner posted a cute video of the most adorable kid on her account, Daexo.

If you love baby videos, we highly recommend her videos. Dae posted the video in December 2020, and so far, the video has got over 390 million views. Interestingly it has 35 million likes making it the most-liked video on the platform.

The same video, when posted after a week, was uploaded on the same account and has received 74 million views.

For our 9th spot, we have the famous, most followed TikToker on the platform, Khaby Lame. Senegal-based TikToker achieved his stardom for his video responses on overly complicated life hacks through his simple, no words videos.

This simple video has over 350.3 million views and is the most-liked video on TikTok.

Billie Eilish needs no introduction whatsoever. From being a fantastic songwriter and singer, Billie has also dominated the TikTok world. As soon as she uploaded her first TikTok, it reached the list of most viewed TikTok ever.

It’s a simple video with a random filter that everyone is already using on the app, but it was enough to break the internet when Billy used it. This video has 348 million views and over 40 million likes. That’s the power of Billie Eilish.

This list proves that TikTok is the most unpredictable social media app. Where Zach King gets stardom over his highly professional illusion videos, people like Sorrel Horse can go viral with a simple lip-sync dance over a song only.

So, are you also confused about how to get famous on TikTok? Let GrowTok expand your audience reach on TikTok organically. Can’t believe it can be true? Check out our clients’ testimonials.